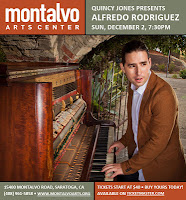 We are pleased to be offering a special October giveaway in collaboration with the School of Arts & Culture @MHP, as part of our 4th annual celebration of National Arts and Humanities Month in Silicon Valley! To enter a random drawing for one of four $50 gift certificates for classes at the School of Arts & Culture @MHP, click "Like" on Arts Action 21's Facebook page (www.facebook.com/artsaction21) by October 31. Winners will be announced on November 1.

The School of Arts & Culture @MHP is located at 1700 Alum Rock Avenue, in San Jose, CA. The School offers classes in visual arts, music, dance and theater, including instruction in Mexican mural painting, mariachi and classical guitar. To learn more about the School, please visit: http://schoolofartsandculture.org/.
Posted by Arts Advocate at 2:39 PM 1 comments

We are excited to be collaborating with the School of Arts & Culture @MHP, to present an educational program for elementary school students next Wednesday, October 24. We are looking forward to bringing National Arts and Humanities Month to the next generation of arts lovers and practitioners!
Posted by Arts Advocate at 10:52 AM 1 comments

Join us for our 2012 celebration of National Arts and Humanities Month!